The children were busy watching Mr. Buckley fixing the bridge on the hill today. They were asking him lots of questions about what he was doing and why. 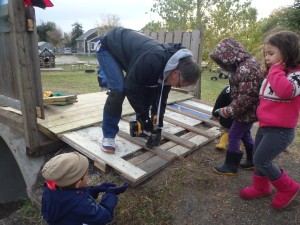 Mr. Buckley had filled the wheelbarrow up with some dirt and was putting it around the end of the bridge. Once the wheelbarrow was emptied he asked the children if they wanted to help fill it up with sand. Of course they did. Off everyone went to the sand pit. William, Dylan, Ethan, Rebecca, Anassa, and Teo each found a shovel to use to fill up the wheelbarrow with sand. There was lot of team working and helpfulness to get the job done. 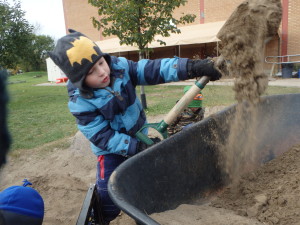 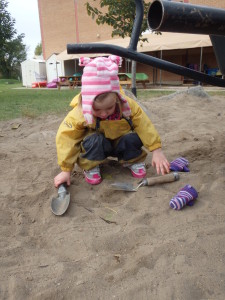 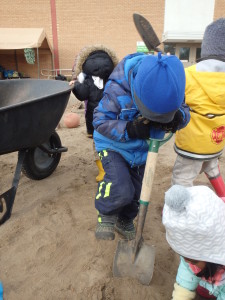 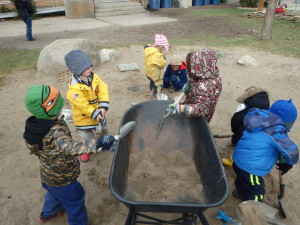 Once Mr. Buckley had enough sand in the wheelbarrow Nethra, Ethan and William used their muscles to help push it up the hill. 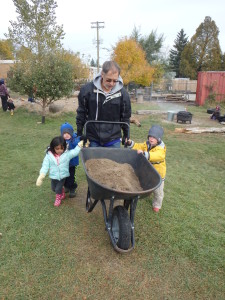 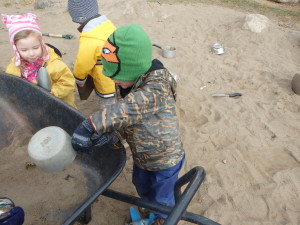 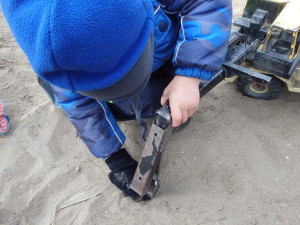 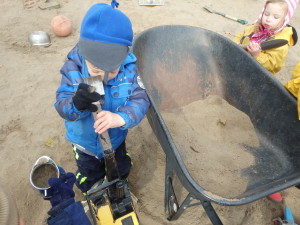