Aided by a wonderful September afternoon we celebrated our 40 Anniversary with a BBQ, a short ceremony, followed by our AGM.  Here are a few pictures for your enjoyment.  One of our wonderful staff (Mrs. Thwaites) busy with the job of BBQ’ing the hotdogs and hamburgers. 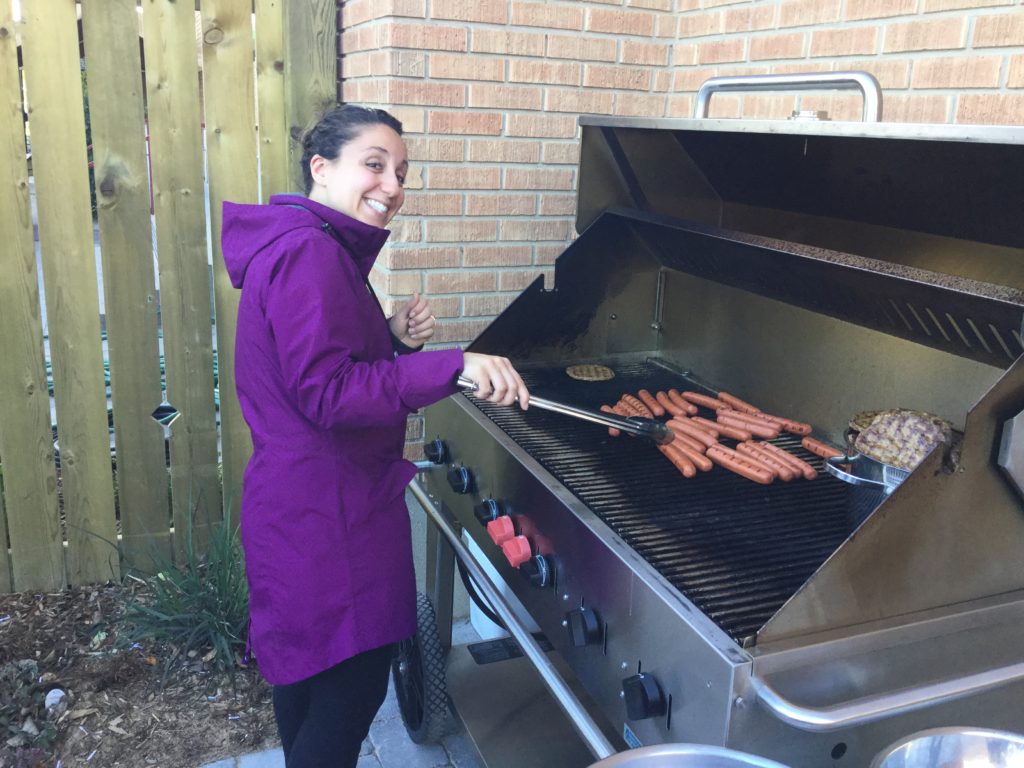 We were pleased to have our MLA come and join us.  Here is MLA Scott Johnston (Left) chatting with Ron Blatz our Executive Director (middle) and Jonathan Stewart a parent at the Centre (right). 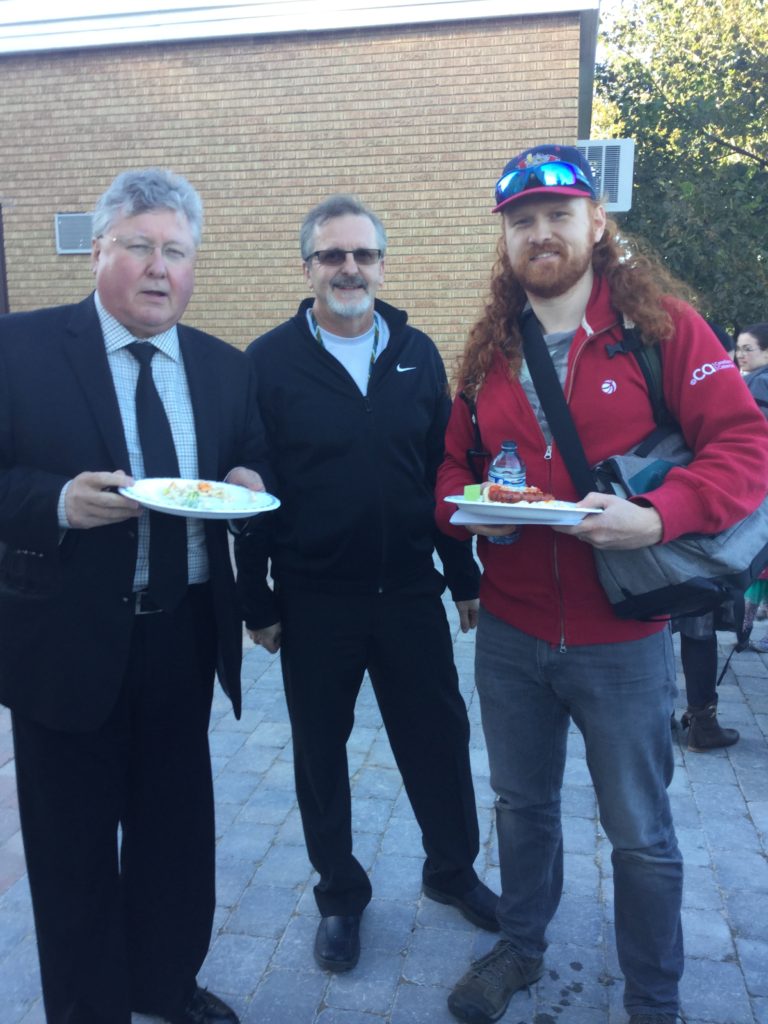 We enjoyed a wonderfully prepared BBQ with Hot Dogs and Hamburgers, salads and cake.  This was the first time that we actually used the back courtyard for an event such as this.  It worked out very nicely. 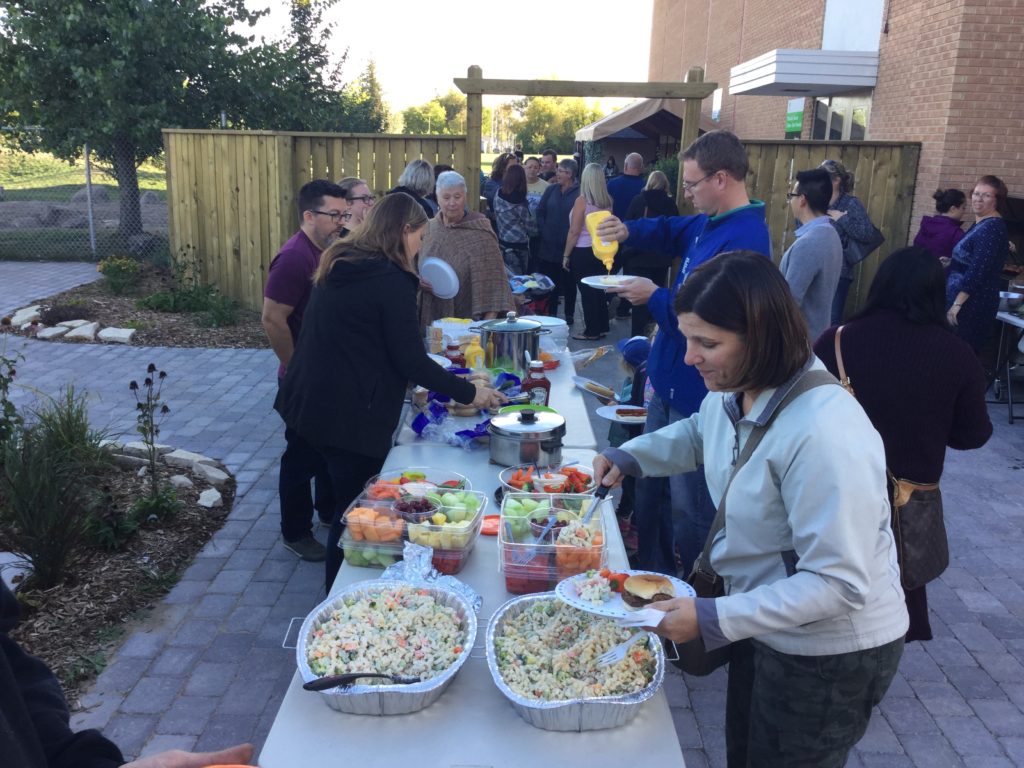 After the BBQ we had a short celebration event, at which time our MLA Scott Johnston (see below) brought greetings and congratulations from the Province of Manitoba. 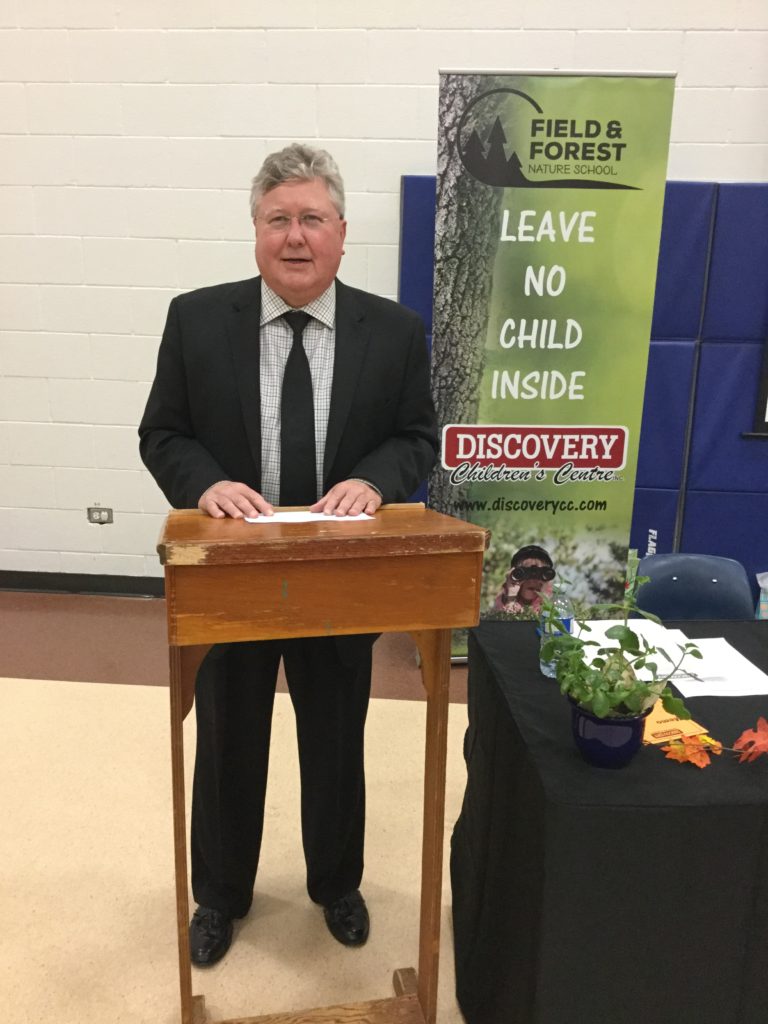 Below is a picture of Donna Freeman (Director of Programs) along with 5 of the 6 staff (Holly Leier, Karen Baron, Nila Cottrell, Eva Friesen, Anna Cruz) who celebrated their 5th anniversary at Discovery Centre. 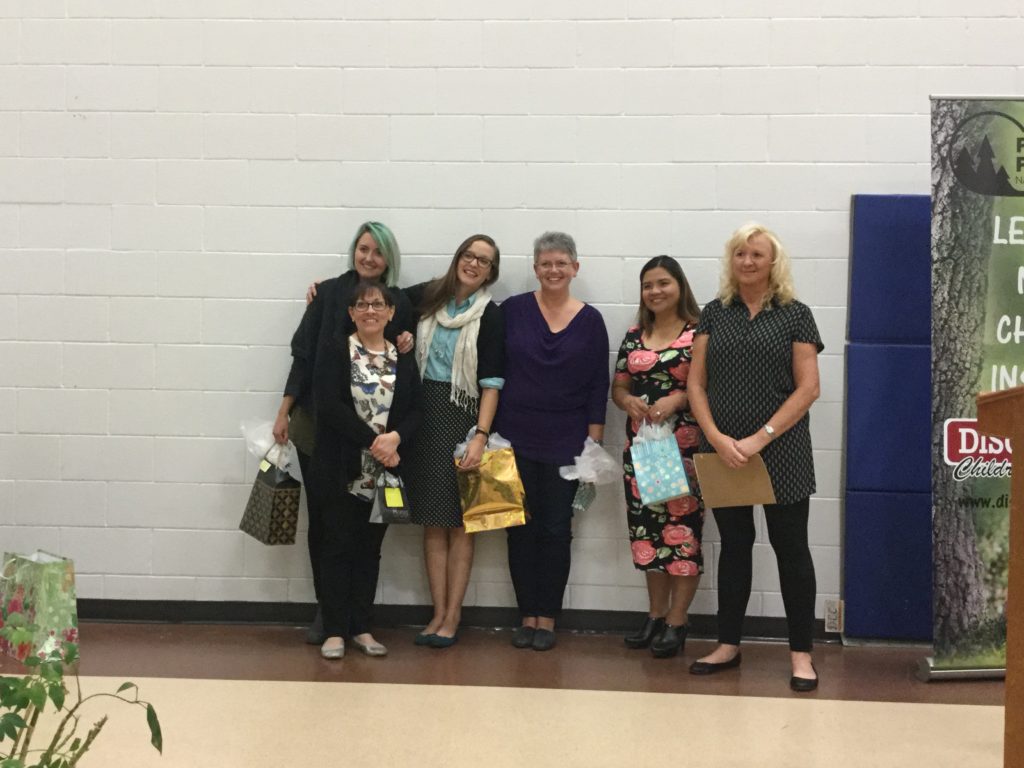 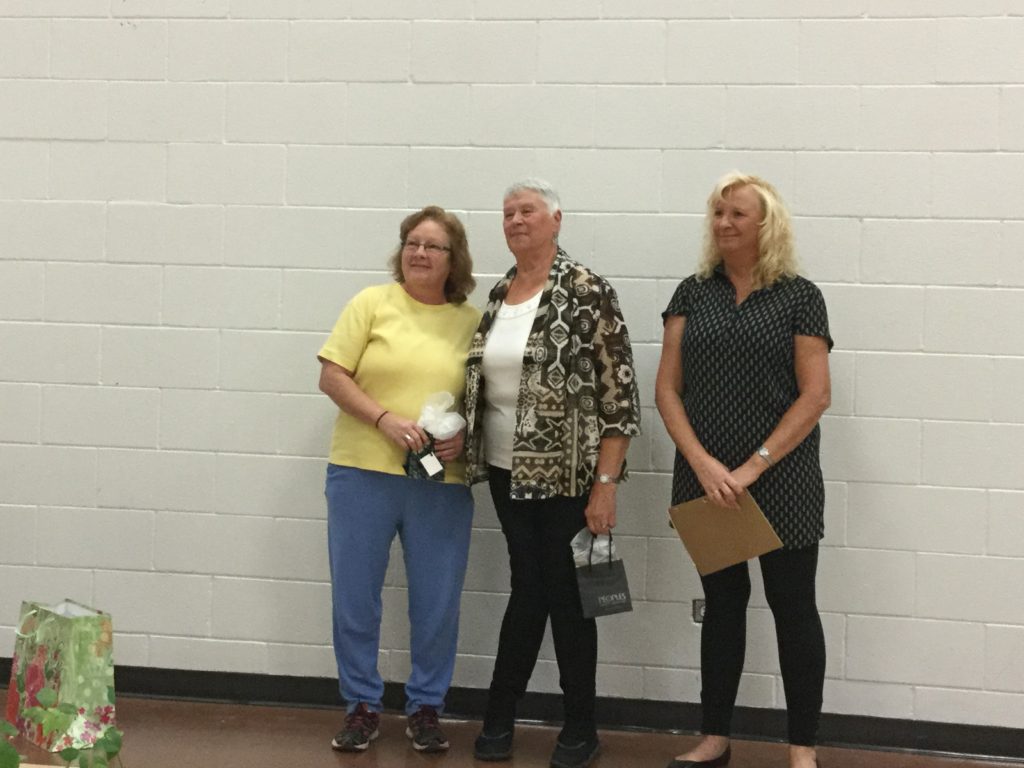 Below you see Matt Bordush and Mariella Carr being acknowledged for their 15 years of service. 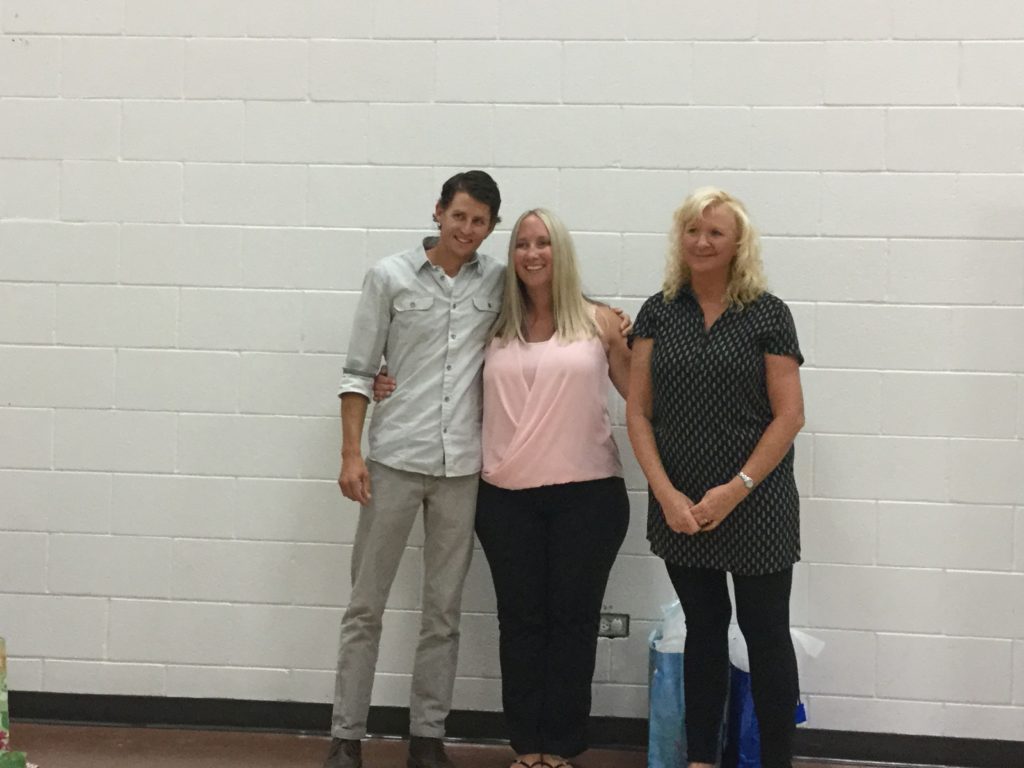 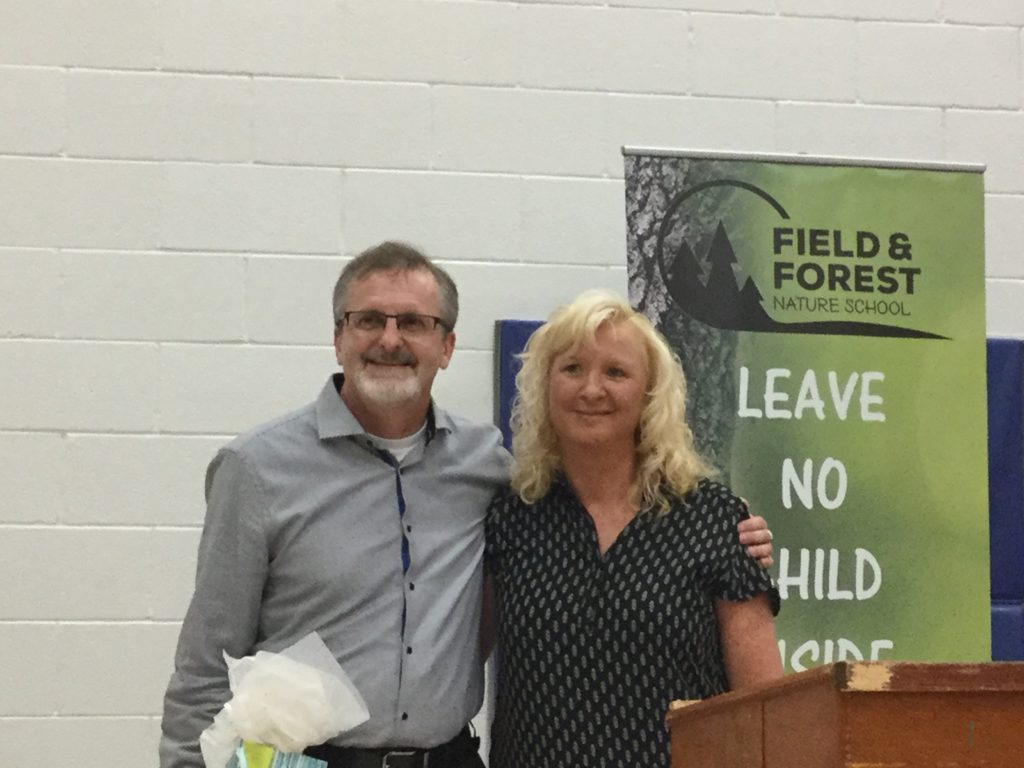 We also elected our Board of Directors for the next year and you will see the list of these folk on our website and in the entry way of the building in a few days.  Thanks to everyone who helped out and/or attended these events.  We certainly appreciate it.